“A Note of Caution About Leaving Crystals in Direct Sunlight”

An interesting fact you may not know about crystals and quartz in particular is that if they are left in direct sunlight there is a high plausibility that due to the sun’s rays refracting off of the crystal, the surface it is placed on can actually catch on fire.

It is important to remember (and especially in these hot summer months where the sun’s rays are more intense in the northern hemisphere) that you keep all crystals, mirrors, glass ornaments or bottles out of the windowsills and away from direct sunlight in your homes and particularly away from anything flammable. The same is especially true for crystal prisms hanging in your car or in the windowsill. While the rainbows they cast across the room are magnificent to behold, it is not worth a house fire which could just as easily have been avoided. If you are a person who likes to charge your crystals in the sun, we suggest that you do it for only 15 minutes and make sure your crystals are sitting on something non-flammable and be attentive to them as the solar energy coming from the sun is highly intense right now.
I must admit to you that the reason I chose to write on this topic is that I was recently reminded of this simple fact. I have had three amethyst crystals sitting on top of the banister of my porch since I moved into my house. Just recently as I was looking at them I noticed the once beautiful purple was now fading into a pale purple and was beginning to look a lot like quartz. I had thought to myself I need to move these, however something always came up and I ended up leaving them where they were.

The other day my roommate moved the crystals into a pot of soil that we had had out on our deck. Often times we place in our plants, not only if it pretty it helps them to grow so I thought nothing of this and thought oh good, as I had meant to move them out of the way of the sun anyway. They stayed in the pot of soil for about a week and we thought nothing of it.

On Sunday my roommates and I were home enjoying our day off and I went to go let the dog outside and found it very interesting that I smelt smoke during the heat of the day outside, it was very unusual. I stepped back inside and as I was entering the living room my roommate also said that she smelled fire and she looked very concerned. Had she not said something and I had I not listened to my intuition to go step outside the front door, I may be writing a different story right now.

As I stepped outside and there is was, on my deck, a big smoldering pile of black coals and ash and smoke coming up through the middle of the pile of what used to be a flower pot of soil. I immediately let my roommates know that “We’ve got a fire!” and ran to grab the hose while my other roommate ran to turn on the water. Luckily the only casualty that day was a few wooden boards on the deck. We were very lucky.

For this reason Crystal and I feel it imperative to get this information out there as the sun’s rays are very direct and intense right now and the heat of summer is in full effect. As Crystal always says, “to know is to divert!” Hopefully my personal experience can prevent this kind of thing from happening to you or your loved ones.

for our latest news and product updates.

Welcome! Your are now subscribed. 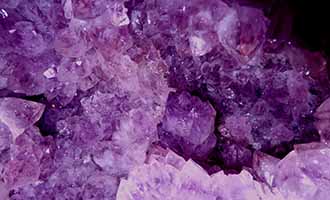 for our latest news and new product updates.

You have Successfully Subscribed!