“The Stone of Destiny”

I have always been drawn to crystals however it wasn’t until I was in my early 20’s that I found out the reason why. One of my first crystal purchases was a Labradorite necklace and earrings. Little did I know that upon making this purchase I had just started on the path to my destiny. A few months later while wearing my Labradorite jewelry I ended up going into a metaphysical store where I was instantly drawn to a book that changed my life and my perspective on everything. After reading this book and eager for more information that resonated to my core I began my quest to learn more about the metaphysical world.

A few months later while driving the opposite way than I normally drove down Main Street in Durango, CO my eyes were immediately drawn to a new store that had opened in town (and once again I was wearing my Labradorite jewelry). This store was absolutely breathtaking from the outside and I could not wait to go see what was inside. I was immediately greeted by the store owner Crystal Andasola who introduced herself and welcomed me to Sacred Space. Once inside I was absolutely mesmerized by the wonderful smell and exquisite crystals and products that surrounded me, it was exactly what I was looking for!

Years later I had another interesting experience with Labradorite. One day on my way to work I decided to wear a Labradorite medicine shield. What is interesting to note here is that I had not worn any Labradorite for quite some time, yet felt very compelled that I had to wear it this day. I was on my way to a job that I was really burned out on and was having a conversation with myself about how it really wasn’t fulfilling me anymore and just seemed like the never-ending mountain of paper on my desk would never go away no matter how much I accomplished in an 8 hour period. I even told myself “I guess I better stop thinking that way as I am on my way to work right now and do have a lot to accomplish today”. I arrived at the office and upon entering the door to the office and it didn’t even close behind me when the receptionist’s eyes got really big and she said “They need to talk to you downstairs”. Shocked I said “Ok” as I knew this was serious. As I was walking down the hallway to my office I thought to myself, “Am I going to lose my job?” Well…. I was right. I did lose my job that day, and while you may be thinking right now, how was this a part of your destiny? Let me explain.

My co-worker seeing how distraught I was as the shock and reality began to sink in that I had lost my job suggested we go to the river to sit on our favorite rocks. I agreed. As soon as I sat on my rock and took a big breathe and asked, “Oh man what am I going to do now, I’ve had that job for 4 years!” My phone rang. I answered and it was Crystal at Sacred Space. At this point I had become a “regular” client of Sacred Space, it was my favorite store and Crystal and I became friends. She told me that she had been sleeping and was given a message to call me right away as it was important. I told her I had literally just lost my job to which she replied “That’s Perfect!!!” In my head I was thinking, how in any way is this perfect? As if reading my thoughts she told me “Because I would like you to apprentice at Sacred Space”.

And just like that, instead of losing my job, losing hope and faith, I was actually blessed by the universe with getting my dream job and I have been here ever since and I do thank my Labradorite jewelry for leading me in the right direction, after all it is known as the “Stone of Destiny”, I just didn’t know that until I began apprenticing at Sacred Space!

My point to you is this, if you have been looking and longing to find your destiny…. Look no further than labradorite, not only will it take you to water, but it will make you drink too! 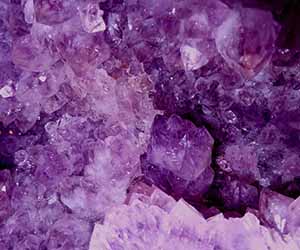 for our latest news and product updates.

Welcome! Your are now subscribed.

for our latest news and new product updates.

You have Successfully Subscribed!